In a draft that has been heavy on the offensive side of the ball and certainly has Coach Adam Gase stamp all over it, the Dolphins take UCLA TE Thomas Duarte with the 2nd 7th round pick and last pick for the Dolphins.  Thomas is a tweener that played some wide receiver and has been compared to Jordan Reed, the talented TE with the Washington Redskins.  He will certainly be used in a simlar manner to former Dolphin TE Charles Clay, although he is not close to being the blocker Clay turned into.  Will certainly help create mismatches for Miami.

NFL scouts don't care one bit about the ethnicity of college football prospects; it's the ultimate color-blind evaluation because either guys can play, have the potential to become players in time, or just dont have the necessary skill set. Duarte's growing up in a household with Mexican and Japanese influences give him a unique background, but scouting his outstanding skill set as a playmaking receiver is what interests general managers across the league. The four-star wide receiver recruit from successful Mater Dei High School (where his number was retired) jumped into the fray as a true freshman, playing in 13 games with four starts and garnering honorable mention All-Pac-12 (16-214, four TD). Duarte was picked as honorable mention all-conference selection again in 2014, leading the conference with an average 19.3 yards per reception from the tight end position (28-540, four TD). Joining forces with freshman phenom quarterback Josh Rosen last season, Duarte became a second-team all-conference pick by catching 10 touchdowns among his 53 catches that covered 872 yards (16.5 per).

Glider. Able to create early defender leans with his route work. Has hips to swerve into change of direction creating separation inside red area and can sink into breaks and make razor­-sharp cuts inside his routes. Has burst out of break points to uncover against safeties and slot corners. Able and willing to work the middle. Doesnt scare easily.

'Tweener size. Scouts worry he cant get big enough to become matchup/move tight end. Routes can be disrupted by contact in space. Production bolstered by unguarded looks and catches on air. Didn't have to face dedicated coverage he'll see in pros. Needs to catch over corral. Disinterested as 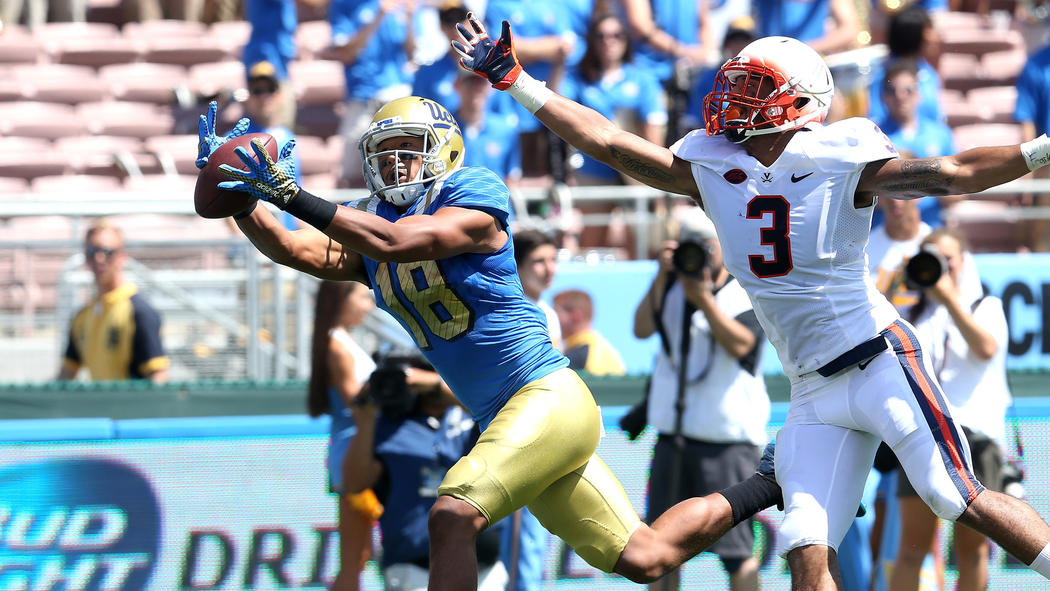 Duarte is an interesting study as his draft value and overall grade could be tied directly to whether or not a team believes they can make him work as move tight end. Duarte has the athleticism, size and play speed to make a roster as a wide receiver, but his draft value may not be as high if teams see him as a receiver only. Matchup tight ends are all the rage and Duarte can play with more weight and a little more willingness as a run blocker, hes got a shot to become a productive NFL player.