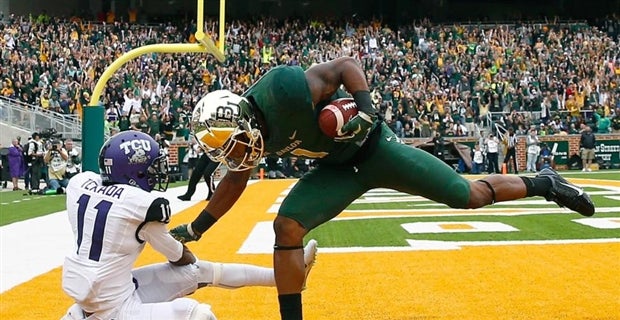 In what has to be described as a stunning pick, Miami had Ole Miss OLT Laremy Tunsil drop to them at pick #13 in the NFL Draft.  What caused the drop was a video that appeared on Twitter from a couple of years ago with Tunsil in a gas mask with a bong attached to it smoking Marijuna.  I saw this video about 5 minutes before the draft started, but the buzz of the video spread like WILDFIRE.  The Baltimore Ravens took Tunsil off the board, and his drop began.

Tunsil has passed all of his drug test while at Ole Miss, and you have to hope the young man learns from this tonight and keep himself clean.  From a player standpoint, the Dolphins got a top 3 player, the best player on MANY boards as we worked our way towards the draft.  The Dolphins had a need on the offensive line, and ended up getting one of the very best players in the draft.

Here is a breakdown of Tunsil from the NFL.com site.

The 2015 season was difficult for Tunsil. First, he suffered a dislocated ankle and broken leg in Ole Miss' loss to TCU in the 2014 Peach Bowl. Tunsil then was charged with domestic assault against his stepfather in June, reportedly for sticking up for his mother. Those charges were eventually dismissed, but then the NCAA brought another piece of bad news soon after, suspending Tunsil for seven games due to impermissible benefits he received (vehicle loans without payment, free airline ticket and rental car) and failing to be forthcoming with investigators. When he was on the field, though, Tunsil lived up to his billing as the No. 1 high school recruit at offensive tackle. He started nine games at left tackle as a true freshman, earning second-team All-SEC notice from league media and various Freshman All-American honors. Tunsil missed two games with a partially torn bicep in 2014, but started the rest, garnering first-team All-SEC nod from the Associated Press (second team from coaches) and All-American recognition from multiple media outlets. He didnt make many post-season all-conference lists in his shortened junior season (starting six games at left tackle), but finished his career in a way most offensive linemen can only dream of -- running in a two-yard touchdown on a throw-back pass behind the line of scrimmage in the Sugar Bowl against Oklahoma State.

Came into Ole Miss as five-­star prospect and lived up to every bit of the hype. Has the elite foot quickness of a high­-end NFL tackle and his base remains balanced and uncompromised throughout his pass reps. Excellent bend and overall flexibility in his ankles, knees and hips and maintains good pad level throughout his pass sets. Plays with textbook hand usage. Possesses a boxer's jab in his left hand with measured accuracy, timing and force. Uses length

to control the rep, but is willing to slide and mirror without even punching if defender continues to linger outside his reach. "Basketball defender" who understands importance of footwork and positioning in pass protection. Heady tackle with plus instincts and reads keys for hints of upcoming blitzes and twists. Heat­-seeking missile in open field as screen blocker. Very good body control and balance. Makes climb to second level with good timing and gathers himself to make accurate strikes on linebackers. Got into LSU's linebackers and gave them the absolute blues in running game.

Frame could use more mass. After initial punch in pass protection, will lose patience and reach at times while looking for second contact. Failed to start and play in every game in any of his three seasons. When bull rushers get to an edge, they can generate some push to the pocket. More of a finesse run blocker than drive blocker. Great feet don't come with powerful leg drive. Missed bowl game in 2013 due to knee injury, two games in 2014 due to partially torn bicep and seven games in 2015 due to receiving impermissible benefits.

From a talent and technique standpoint, Tunsil is easily cleanest offensive lineman in the 2016 draft and might be the cleanest prospect period. Tunsil showed signs of rust against Texas A&M in his first game back from a seven-game suspension, and he still kept Myles Garrett in check. Tunsil lacks pure power, but has the body control to be a quality run blocker in space and on levels. Ultimately, his feet, technique and instincts could make him an all-p­ro and one of the top pass protectors in the NFL.

• NFL Net’s Mike Mayock: “He’s got Pro Bowl feet. His pass protection gives him huge upside as a Pro Bowl talent. I have some questions about his ability in the run game.  It’s the perfect situation for a young tackle. He can start at right tackle [and eventually] kick to left tackle or move him right into left tackle.”

• ESPN’s Mel Kiper: “He has all the talent in the world. He was the No. 1 player on the board for a reason. Kid has rare ability. Didn’t miss a beat when he came back from suspension [for taking impermissible benefits]. He’s had a variety of injuries but when he’s out there he has been a dominant presence at left tackle 95 percent of the time. I thought he got a little bored with the opposition.

“When he’s on top of his game, he’s a consummate left tackle. Quickness, tremendous feet, the footwork he plays with. As a run blocker, he’s got to fire out a little more.

“The drop [in the draft] had nothing to do with football ability. It had to do with durability – can he a play 16 game schedule? And will he take care of business off the field during the offseason? At one point, I thought he could go No. 1 if Tennessee would have kept the pick.”

• ESPN’s Jon Gruden: “He has what you’re looking for. He’s light on his feet. He has a pass set; it just looks so easy for him for a big man. Ryan Tannehill has been sacked 184 times. Let’s challenge Tunsil. Get it right off the field and prove to all of us you can be a great player for the Dolphins.”

• NFL Net’s Charley Casserly: “Tunsil becomes potentially the steal of the draft as well as the most scrutinized rookie this year.”

• ESPN’s Louis Riddick: “You start to assess the risk versus the reward. If you look at their roster, Branden Albert is going to be 32 in November. This isn’t necessarily a luxury pick. This will be something that pays off down the road.”

• ESPN’s Todd McShay: “Tunsil's ceiling is sky high. He has the natural ability to play at a Pro Bowl level for a long time.”

• Pro Football Focus’ draft guide notes Tunsil “faced the toughest slate of edge rushers of anyone in the country and yielded” no sacks and just five pressures in 185 pass blocking snaps. PFF says Tunsil is "the cleanest tackle to come out of college in some time. Tunsil simply looks different than your average tackle in the NFL.”

• CBS’ Dane Brugler: “On the field, Tunsil is a nimble big man with a rare athletic skill-set for the position, showing above average balance and flexibility to easily bend, handle speed and absorb power at the point of attack. He's not a perfect player, but his flaws are more nitpicking than true weaknesses and potential injuries are the only obstacles keeping Tunsil from being one of the better left tackles at the next level.”