is one of three nominees for the FedEx Ground-NFL Player of the Week. Fans can vote for the winner on NFL.com/FedEx until Thursday at 3 p.m. Moreno is going up against Marshawn Lynch of the Seattle Seahawks and Le’Veon Bell of the Pittsburgh Steelers. Moreno had 134 yards and a touchdown against New England, and averaged an impressive 5.6 yards per carry.
Linebacker Chris McCain

, meanwhile, is one of five nominees for Pepsi NFL Rookie of the Week. Fans can vote on that award until Friday at 3 p.m. by clicking on on.nfl.com/1tpxDrK. McCain’s competition for the award is LB Jeremiah Attaochu of the San Diego Chargers, WR Allen Hurns of the Jacksonville Jaguars, WR Kelvin Benjamin of the Carolina Panthers and CB Bradley Roby of the Denver Broncos. McCain made two big plays for the Dolphins on Sunday, blocking a punt in the first quarter and sacking Tom Brady in the second half.
Finally, the Dolphins’ rally from a 10-point deficit is among the three nominees for the GMC Never Say Never Moment of the Week, along with the Philadelphia Eagles overcoming a 17-0 halftime deficit to beat Jacksonville and the Pittsburgh Steelers beating Cleveland 30-27 after watching the Browns rally from a 27-3 halftime deficit to tie the game. Fans can vote for that award until Friday at 3 p.m. at http://on.nfl.com/1xDin14.
Go Fins!
Big Dave

The offensive line paved the way for 191 yards rushing and 5.0 yards per carry. This is a far cry from the running game the Dolphins fielded last season. Additionally, Ryan Tannehill was only sacked one time, and that on a delayed blitz. For most of the game, Tannehill benefitted from a clean pocket and adequate time to throw.

Knowshon Moreno proved that his talent, not Peyton Manning, is the reason he had over 1500 yards from scrimmage last season. Moreno had a terrific debute with the Dolphins, gaining 134 yards on 5.58 yards per carry. Almost everytime he touched the ball, Moreno did something with it, even when being hit in the backfield. He brings a power running to the running game that Daniel Thomas couldn't. A clear upgrade over the former 2nd round pick.

Cameron Wake did what he does best - dominate right tackles. Wake had two sacks and forced fumbles in the 2nd half, creating the defensive plays the Dolphins needed to shut the Patriots out in the 2nd half.

The back up linebackers, Jelani Jenkins and Jason Trusnik, came in and held the fort. Not only was Phillip Wheeler out, but the Dolphins lost Koa Misi and Dannelle Ellerbe during the game. The result was that the Dolphins defense stepped up big in the 2nd half, shutting out the Patriots after they scored 20 in the first.

Let's throw in Chris McCain, an undrafted rookie, who sacked Brady and blocked a punt. Welcome to the NFL, we hope to see a lot more in the future.

33 points by the Dolphins offense, a dominant running game, an effective passing game and a game plan that kept the Patriots defense off balance for most of the game. The turnovers were not Bill Lazor's fault, but we can already see his imprint on this team. Lazor stuck to the run, something that was abandoned way too often by the previous offensive coordinator, and he put together a game plan and some playcalling that was extremely effective against what is supposed to be a much improved Patriots defense.

Kevin Coyle usually earns my ire, and he did for a good portion of the first half. But his defense stepped up big time in the 2nd half. I saw a lot of creativity in schemes as Coyle had to adapt to having all of his starting linebackers out due to injury. The Dolphins lined up in a 3-4 several times on first and second down and brought serious heat in passing situations. Credit must go to Coyle for his halftime adjustments.

Turnovers were unacceptable. Two careless fumbles and an underthrow, or maybe a late throw, by Tannehill that was intercepted, all in the first half. It is fortunate for the Dolphins that the Patriots only got 10 points from those turnovers.

Those soft zone or off man schemes the Dolphins were running early in the game really made it too easy for Tom Brady. It was good to see more aggressive play from the defensive backs in the 2nd half, but a couple of interceptions were to be had. For a team that had no interceptions in the preseason, we'd like to see one soon from this team.

A great win against the defending AFC East champs. Some big questions were answered today. Most importantly, the offensive line dominated the trenches both by getting push in the run game and by protecting the quarterback. Additionally, Knowshon Moreno added a dimension to the running game that we did not see last season. And perhaps there was a silver lining in all those linebacker injuries as the Dolphins depth got tested and stepped up to the challenge in the 2nd half.

There was certainly a different demeanor in this team, especially in the 2nd half. Credit needs to go to the coaching staff for whatever they said to these guys at half time.

This is a team that typically falters with halftime adjustments, but today they all stepped up.

Nice win and a nice way to start off the season.

Miami starts the 2014 season at home against New England

The Miami Dolphins begin the 2014 season with a very stiff test, as AFC East Champion and perennial AFC power New England Patriots come to Miami for a 1:00 kickoff.  The two teams split games in 2013, with the Patriots winning in Foxboro 27-17, and the Dolphins defeating the Patriots in Miami 24-20.  New England comes into the game as a 4 point favorite.

New England is lead by Future Hall of Fame QB Tom Brady, going into his 14th season.  New England made some key moves to try to shore up the defensive unit, as the added Pro Bowl CB Darrelle Revis and Seattle CB Brandon Browner, who will miss the 1st 4 games due to suspension for using PED.  A recent move made by the Patriots which could have an negative effect is trading away All-Pro OG Logan Mankins to Tampa Bay.

Even with that move, New England once again comes into the game as the prohibitive favorite to win the AFC East and one of the favorites to represent 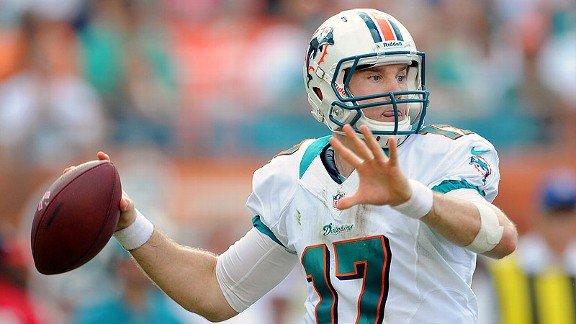 the AFC in the Super Bowl.  A big key to the Patriots season is one TE Rob Gronkowski.  He gives New England a weapon in the middle of the field that very few teams can handle, and as of right now it is still up in the air whether he will play against Miami on Sunday.

For Miami, it has been a season of change, as OC Mike Sherman was fired and Philadelphia QB coach Bill Lazor bought in as the new OC.  He has bought in a new, up tempo offense and it is still a work in progress.  The biggest change and perhaps the biggest key to Miami season is the revamping of the offensive line.  OLT Brandon Albert was signed during the offseason and drafted ORT Ju"Wuan James out of Tennessee to help fortify and OL that gave up 58 sacks.

This is a make or break season for one Joe Philbin.  With all the swirled around this team from the Jonathan Martin/Richie Incognito disaster, the Dolphins were 8-6 and in position to make the playoffs.  The Dolphins proceded to lose at Buffalo and at home to the New York Jets to end the season 8-8.  This lead to GM Jeff Ireland being fired at the end of the season, and many many Dolphins fans wanting Philbin to follow Ireland out of the door.  The pressure is on Philbin to get this team to the playoffs.

Keys for the game will be the Dolphins ability to get pressure on Tom Brady, not just off the perimeter, but pressure up the middle as well.  DT Randy Starks, Jared Odrick and new Dolphin Earl Mitchell will be key.  The Dolphins have to make New England a one dimensional team and take the run 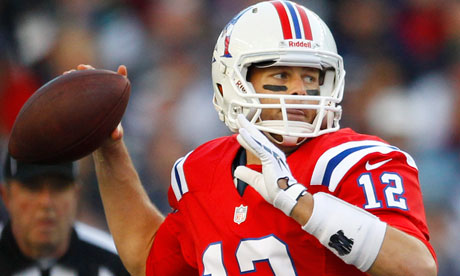 away.  The LB play for the Dolphins was a real weakness in 2013, and that has to change, starting with the game Sunday.  If Gronkowski does play, keeping his damage to a minimum will be big as well.

Offensively, new Dolphin and now healthy Knowshon Moreno and Lamar Miller must help Miami establish some type of run game to give the Dolphins some balance.  And QB Ryan Tannehill and 2013 FA addition WR Mike Wallace MUST have a better chemistry than they had in 2013.  Tannehill must play a smart, error free game and spread to the ball to the various weapons Miami has.

The NFL is back and the Dolphins start off the season with the Bully of the AFC East.  No better way to start the season than to knock the Bully off.